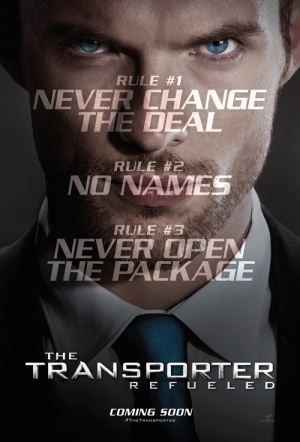 Reboot of the action series created by Luc Besson and previously led by Jason Statham, who now hands over the keys to Ed Skrein (iLL Manors).

Frank Martin, a former special-ops mercenary, now lives a less perilous life transporting classified packages for questionable people. When Frank's father (Ray Stevenson) pays him a visit in the south of France, their father-son bonding weekend takes a turn for the worse when Frank is engaged by a cunning femme-fatale, Anna (Loan Chabanol), and her three seductive sidekicks to orchestrate the bank heist of the century.

One of the most enjoyable bad movies of the year.

Crass and nonsensical, but it is hard to hate.

Only the ultra-impressionable will be thrilled: not a single blow in its posy, prop-dependent fight scenes looks as though it connected, let alone hurt.

Statham has been replaced by the younger, blander Ed Skrein​, who shares his predecessor's Cockney accent but looks more male model than bruiser.

It's going to take more than a new set of hub caps and some fluffy dice to reimagine this franchise, which is clearly up on the blocks.