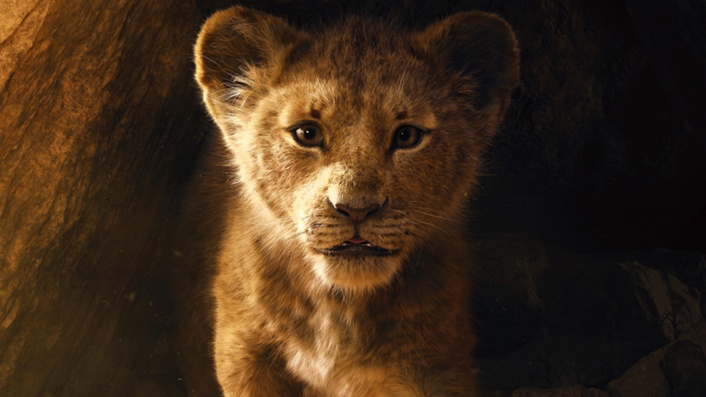 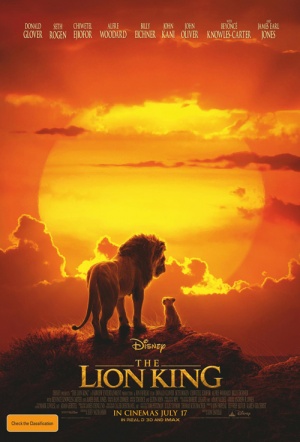 The Jungle Book director Jon Favreau helms this CG-animated re-imagining of the 1994 Walt Disney classic. Features the voice work of Donald Glover as Simba, Beyoncé as Nala, James Earl Jones as Mufasa (reprising his role from the original), Seth Rogen as Pumba, Chiwetel Ejiofor as Scar and John Oliver as the big-beaked Zazu. Score composer Hans Zimmer and song writer Elton John both return to re-work the original compositions.

After his father's murder, Simba, a young lion prince, flees his home only to have to learn the true meaning of responsibility and bravery. Meanwhile, his uncle Scar takes command of his home in Pride Rock, but his greed and lack of compassion drains the natural resources around them.

Is this new Lion King better than the animated one? That’s the burning question on everyone’s mind but here’s a better question: what’s the point of remaking that classic? The sceptic might believe Disney’s reheating your nostalgia in a CGI microwave in order to get your money. The optimist might think the photorealism brings something completely different to the experience. Well, call me a sceptical optimist.

From the ecstatic Zulu chant that opens the film... to the thundering drum beat that ends it... Jon Favreau's exhilarating live-action take on "The Lion King" hews closer to the Walt Disney animated masterpiece than any of the studio's recent remakes.

This new Lion King is an invader of the real world, its characters akin to stuffed trophies mounted on the wall. They're lifelike, yes, but somehow not alive.

The closer the movie gets to nature in its look, the more blatant, intrusive and purposeless its artifice seems.

This is an anthro-leonine deepfake of impressive proportions, but the new Lion King gains in shock and awe while losing in character and wit.

A slightly strange experience for those who went to cinemas in 1994, but it's still a story likely to get a big roar of approval from younger audience members.

By joining familiar material with mind-expanding technology, "Lion King" knows how to bring you around.

Everything here is so safe and tame and carefully calculated as to seem pre-digested. There's nary a surprise in the whole two hours.

Beautifully crafted and carefully conceived, without ever entirely justifying its existence... So, you might feel the love tonight, but perhaps not quite as much as before. US TVC: Can You Feel the Love Tonight