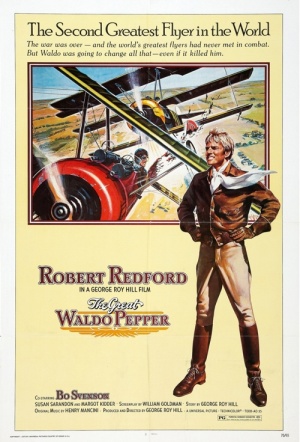 Nostalgic tale of barnstorming pilots in the 1920s, reuniting Robert Redford with director George Roy Hill (having worked previously on Butch Cassidy and the Sundance Kid and The Sting). Pepper (Redford) is a former WWI pilot who exaggerates his accomplishments in order to impress the rabble. After a brief rivalry with air-show entrepreneur Axel Olsson (Bo Svenson) and a series of unexpected (and calamitous) events, Pepper gets a job as a movie stunt pilot in a quest to for the glory he missed.