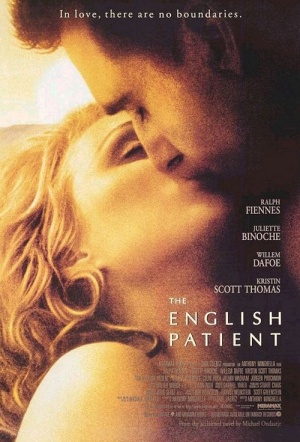 Ralph Fiennes and Juliette Binoche lead this 1996 Best Picture winner at the Academy Awards, a war drama following a nurse who takes in, and cares for, a badly injured plane crash victim. The life and romances of Count Almásy, a Hungarian map maker, are told in a series of flashbacks as he lays gravely wounded. The film took an additional eight Oscars, including Best Director and Best Supporting Actress for Binoche.

A respectable, intelligent but less than stirring adaptation of an imposingly dense and layered novel.

Awash in heart-rending emotions and gorgeous images, this is a movie to lose yourself in.

A stunning feat of literary adaptation as well as a purely cinematic triumph.

The kind of movie you can see twice--first for the questions, the second time for the answers.