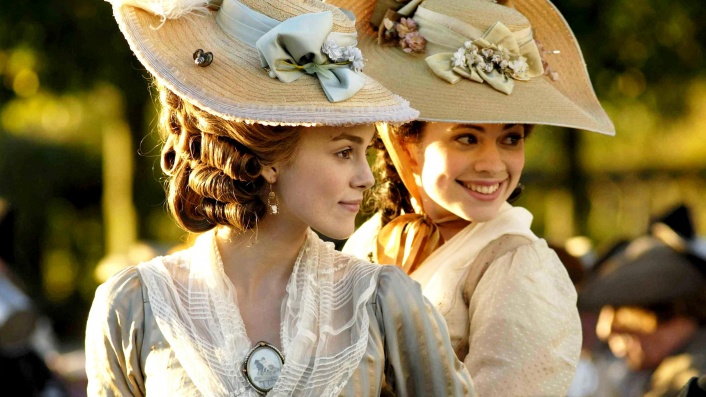 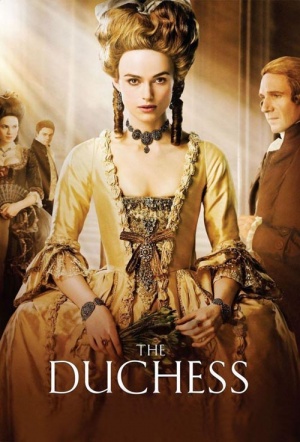 The Duchess of Devonshire, Georgiana Spencer (Keira Knightley), was a direct ancestor to Princess Diana. And, like the People's Princess, was glamorous and adored by the common hoard. She changed the face of British politics, as leader of the Whig party. Georgina could also beat any man in a game of cards, drink him under the table and outwit the poor lad in a second.

But, despite all this power and popularity, her old husband, The Duke (Ralph Feinnes) couldn't be seduced by this sharp-witted minx. In turning elsewhere for affection, namely a handsome young politician, she risked everything.

New queen of period dramas Keira Knightley is in her element here, donning skyscraper hairpieces and unfathomably complex robes to play a rock 'n' roll noblewoman in a time when her sort were expected to shut up and produce babies. Ralph Fiennes is equally well cast as her pathetic older husband - loveless, merciless and desperate for a male heir - and for the most part things play out pretty much as you'd expect, with über-glamorous party scenes, British Tourist Board-friendly stately home shots and costumes that will make needlework aficionados swoon.

Dramatic and emotionally satisfying - if not for the poor old characters - the film looks fabulous, thanks to top production design and cinematography. Rachel Portman's score also works a treat, and the film's core themes are cleverly handled by director Saul Dibb.

Aided by Amanda Foreman's respected biography of the duchess, the director and Knightley fashion a portrayal of her as a tragic figure possessed of immense passion and fortitude.

Make no mistake, the film belongs to Knightley. There's a fire in her eyes that won't be extinguished, and it keeps us in her corner despite, or more likely because of, the mischief she sparks.

It's well cast and acted, visually beautiful but ultimately a bland costume drama.

If you're in the mood for a period piece, some flouncy dresses and some inbreeding, then The Duchess could be right up your alley.

A classy, well-crafted biopic of a period society girl.

The Duchess is likely to figure on the periphery of the awards season, but don't expect it to feature at this year's Royal Film Performance.