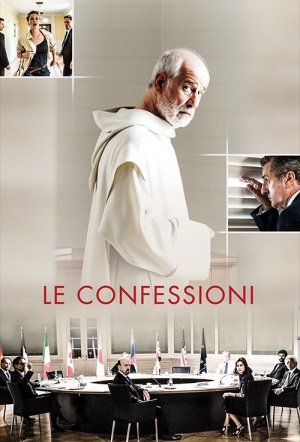 The director of the IMF is found dead the morning after his confession with an Italian monk in this drama thriller directed by Roberto Andò.

The world's most powerful leaders are gathered to enact important provisions at a G8 summit. Strangely, among the guests is an Italian monk, Salus (Toni Servillo). He has been invited by Daniel Roché (Daniel Auteuil), the Director of the IMF, who wants the monk to receive his confession, that night, in secret. When Roché is found dead the next morning, Salus becomes the main suspect, but he refuses to break the seal of the private confessional. The finance ministers fear that Roché might have leaked the details of their plan and now Salus's silence may upend the schemes of the most powerful people in the world.

It’s clear there’s a lot of pregnant, interesting material laid on the table here, but little time to investigate it.