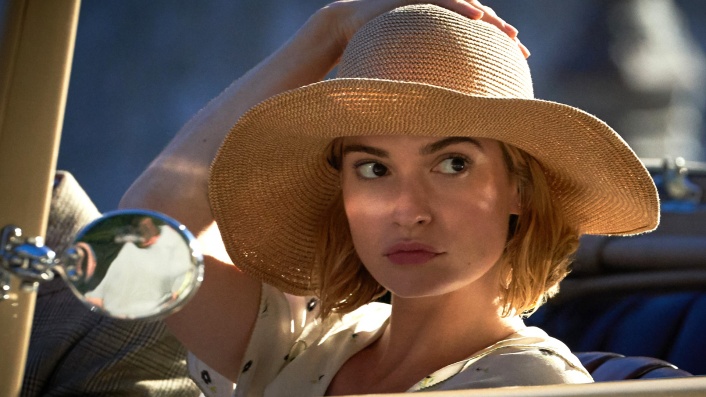 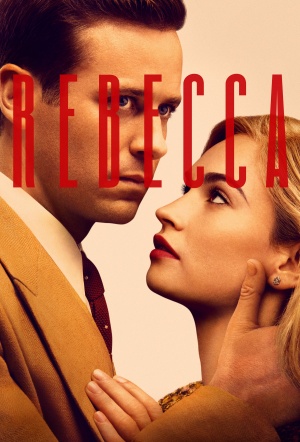 After a whirlwind romance in Monte Carlo with handsome widower Maxim de Winter (Hammer), a newly married young woman (James) arrives at Manderley, her new husband’s imposing family estate on a windswept English coast. Naive and inexperienced, she begins to settle into the trappings of her new life but finds herself battling the shadow of Maxim’s first wife, the elegant and urbane Rebecca, whose haunting legacy is kept alive by Manderley’s sinister housekeeper Mrs. Danvers (Thomas).

The novel was originally adapted to film by Alfred Hitchcock in 1940.

Ben Wheatley’s Rebecca is not a remake. The director has insisted that, rather than remaking Alfred Hitchcock’s 1940 masterpiece, he has drawn directly from Daphne du Maurier’s original 1938 novel. Somehow, though, this only serves to make this choice of material all the more baffling, as Wheatley eschews both Hitchcock’s Freudian psychodrama and Daphne du Maurier’s gothic desperation in favour of glossy romance and costume drama pomp.

While its sumptuous cinematography and fabulous production design means this is certainly not without its charms, this Rebecca feels both a little rushed and muddled.

The leads set the tone for this unfortunate waste of time, heralding a series of issues that reflect poorly not only on this ugly retread but on much of Hollywood’s recent output as a whole.

Manderley is in part a state of mind. In this Rebecca, that state is exasperating boredom.

This is Ben Wheatley on a different register: a bigger scale, a more mainstream approach. There’s much to like — but the shadow of Alfred Hitchcock looms large.

With or without that hallowed history, it's hard not to feel the lack of something in director Ben Wheatley's lush, ponderous update — the most obvious thing, perhaps, being Laurence Olivier and Joan Fontaine.

Treating Rebecca as a traditional period piece romance-melodrama doesn't go at all far enough. Clint Mansell's score more often than not has nothing to do with what's onscreen.

The pretty, empty, emotionally frictionless and touch-free new Rebecca adaptation may suit the pandemic dictates for social distancing, but the drama fails to spark.

Rebecca 2.0 is sometimes quite enjoyable in all its silliness and campiness and brassiness, and in some ways, gets closer to the narrative shape of the original novel than the Hitchcock film, which rather truncated the third act.

The filmmakers seem curiously at sea over the purpose of their assignment, possessing neither the patience to plunge headlong into the story’s familiar depths nor the radicalism to reinvent it entirely.

The film is a pretty bauble of a thing that ticks off the story’s shock revelations in an efficient, if not particularly surprising, fashion.

Earlier films like Sightseers and Free Fire suggested Ben Wheatley might have the mordant wit to tackle a work forever associated with sardonic genre maestro Alfred Hitchcock. But in place of atmosphere and suspense, he delivers blandly glossy melodrama.

Soapy where Hitchcock’s interpretation was stiff, the film is beautiful and hurried and eager to be liked by everyone in a way that will only lead to trouble. It dutifully respects Manderley’s past, while at the same time revitalizing that drafty mausoleum with an Instagram-ready sheen.

For about three-quarters of the running time, Rebecca does a respectable job of navigating between respect for the source and establishing its own distinct identity. And then, at precisely the moment where it stands to make a few enlightened improvements . . . this Rolls-Royce of an adaptation veers off the road.