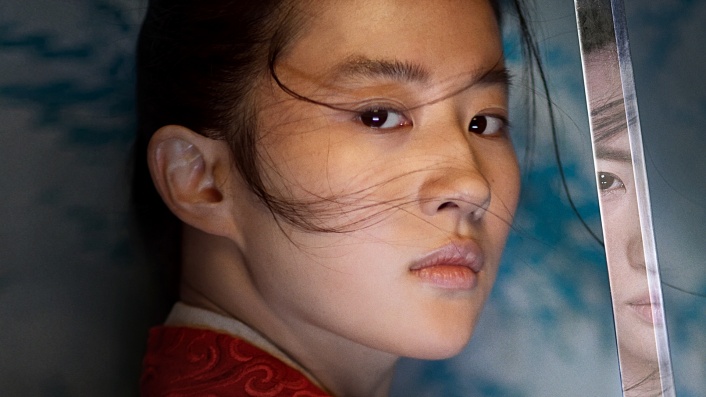 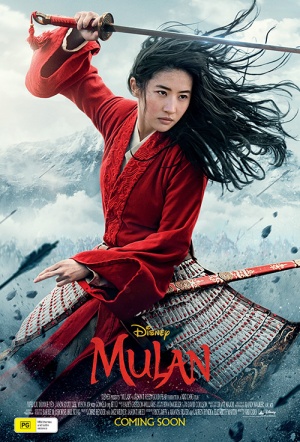 Liu Yifei (The Forbidden Kingdom) defends China from Northern invaders in this live-action remake of the 1998 Disney animated film. Directed by Niki Caro (Whale Rider) and co-starring Jet Li, Donnie Yen and The Meg's Yoson An as Cheng Honghui.

When the Emperor of China issues a decree that one man per family must serve in the Imperial Army to defend the country from Northern invaders, Hua Mulan, the eldest daughter of an honored warrior, steps in to take the place of her ailing father. Masquerading as a man, Hua Jun, she is tested every step of the way and must harness her inner strength and embrace her true potential. It is an epic journey that will transform her into an honoured warrior and earn her the respect of a grateful nation…and a proud father.

The film itself is an eminently watchable, meticulously mounted period adventure that’s good enough for you to wish that it was a little better. It could do with harnessing more of the daring exhibited by its titular, gender-switching heroine. For better or worse, Mulan is a Disney movie, on-brand with broadly universal themes that’ll slot in comfortably with any of their classic fairy tales or Star Wars instalments despite its Chinese folklore origins.

It’s exactly what you’d imagine a Mouse House wu xia pic might be: turning up to the party as handsomely crafted as money can buy, but lacking the innate poetic grace and artistry of a King Hu or Zhang Yimou epic. And like most of their recent live-action adaptations, the film flattens out the imaginative quirkiness of their animated counterparts in pursuit of grittier realism. You won’t find characters suddenly bursting into song, nor a cute cricket sidekick with a knack for inking Chinese calligraphy here.

Mulan is a visual treat with some thrilling moments and a winning lead performance and that it deserves a dark room and a big screen – the biggest you can find.

Despite all the splendor, there’s little sense of vision.

Rather than lean into the more mature elements that make it stand out, the movie does frustratingly little with its noteworthy upgrades on the original, resulting in a version of the story that’s only superficially more sophisticated.

What Mulan does suffer from is the absence of the levity that the musical elements would have brought. Mulan is serious verging on dour, so bent on presenting itself as a serious war drama that its rare moments of comedy feel almost awkwardly slotted in.

Storyboarded to within an inch of its life, then translated to screen with stunning energy and attention to detail, the film represents Hollywood’s most enthusiastic embrace of blockbuster Asian cinema tropes since “The Matrix” trilogy.

An entertaining if straightforwardly glossy action-adventure from the Disney workshop.

Perhaps more than any other Disney live-action remake to date, Mulan feels like a blockbuster version of great mime – it’s performed with such consummate precision and showmanship that at times you would swear you were watching something with a heart.

Like the inscription on her daddy’s sword, the new Mulan is loyal, brave and true… but not quite as funny or dramatic as it might have been.

While not totally original, transitions to live action with real guts and reinvention.

The Ballad of Mulan has always been an epic-scale story about the power of being yourself in a world not ready to accept that, a tale that will likely always have resonance. In Niki Caro’s “Mulan,” that story elegantly and energetically moves forward, a timeless message made for right now.

Whether its stronger rating and more somber tone will translate to a home-bound family audience, only time and streaming revenues will tell; in the meantime, Mulan might be the closest thing to a true old-fashioned theater-going experience the end of this strange summer will see.

It’s steeped in traditional cultural locales and details, yet feels bracingly modern with the help of dazzling special effects and innovative action sequences. Featurette: Down to Business