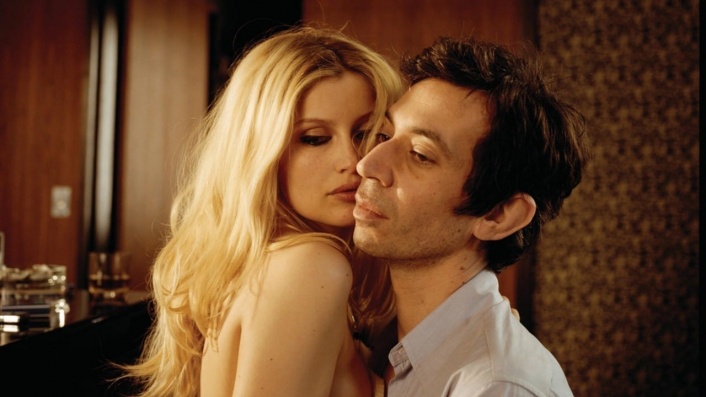 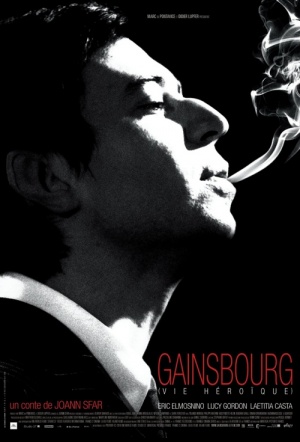 "A quintessential French icon gets his big screen bio. In the 60s, singer Serge Gainsbourg mixed pop outlawry with low-down lechery to blaze his own hipster manifesto, seducing Brigitte Bardot, Juliette Gréco and Jane Birkin in the process. Persistent iconoclasm and highly visible personal degeneracy made him a fixture in French public life until his death in 1991. The simulated female orgasm performed by Jane Birkin in his song Je t’aime…moi non plus may have brought him the most attention internationally, and Lemon Incest, recorded with their daughter Charlotte, still causes many a jaw to drop, but it was his reggae version of their national anthem that proved the step too far for many of his compatriots. More

All reviews on Rotten Tomatoes

Comic book artist Joann Sfar strides fearlessly from his drawing studio into the film studio with the bravura of the naïve, ignorant of the rules that apply to this new medium, This is both a good thing - a fresh take and abandonment of rules - and a bad thing; the insufficient control over the medium. But then Serge Gainsbourg was no respecter of rules, nor did lack of artistic control ever worry him. For his many fans, though (mostly in France) the picture of a strange and isolated soul raging against the unknowable forces of the universe is no doubt music to their ears.

You don’t expect to see anti-Semitic puppets in a biopic of a Gallic chanteur, a surreal flourish which automatically lifts Joann Sfar’s imaginative take on Serge Gainsbourg above the ordinary.

Adored and despised in fairly equal measure, Serge Gainsbourg is the subject of an appropriately spiky biopic.

Adapting his own graphic novel on the life of legendary chanteur Serge Gainsbourg, Joann Sfar brings a peculiar sensibility to the big screen. The result is a film that contains wild flights of imagination while stumbling badly when it comes to narrative, context and dramatic pacing.

Eric Elmosnino is terrific as the louche French icon in Joann Sfar's vivid biopic. Shame about that second hour.

We aren’t aware of any way to watch Gainsbourg in South Africa. If we’ve got that wrong, please contact us.