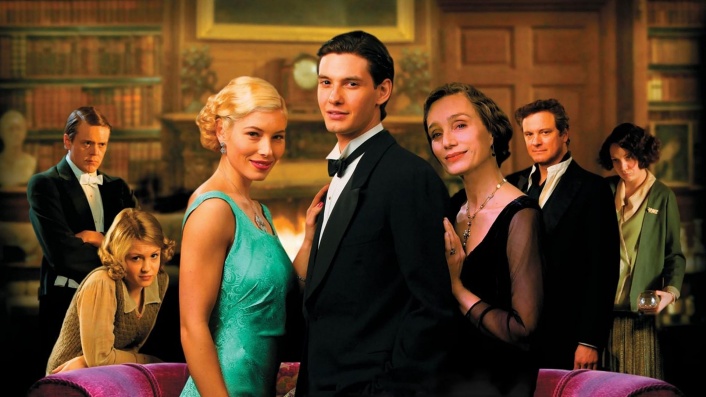 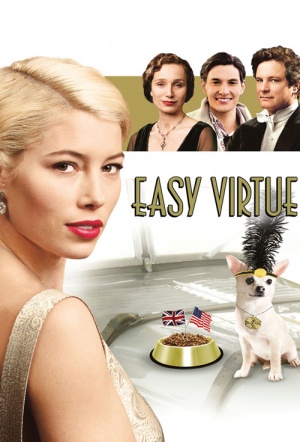 This period comedy romp stars the lovely Jessica Biel and Colin Firth and is directed by Aussie Stephan Elliott – best known for The Adventures Of Priscilla, Queen Of The Desert. Based on the Noel Coward play of the same name.

Biel stars as sexy, outgoing American Larita who gets married to Englishman John (Ben Barnes) in France, then travels across the Channel with him to meet his parents. She finds favour with her new husband’s father (Firth). As for his cold fish of a mother, played by Kristin Scott Thomas… not so much.

An effervescent entertainment that marks a welcome return for "Adventures of Priscilla, Queen of the Desert" director Stephan Elliott after a nine-year absence.

It’s playful, it’s elegant, it’s fizzing with lacerating wit… after the stone-faced dreariness of The Duchess and Brideshead Revisited, it’s a welcome jolt of fresh air to see a Brit period piece you can just kick back and enjoy.

In its cold-eyed assessment of the English aristocracy Easy Virtue has none of the lurking Anglophilia found in Merchant-Ivory movies.

Another director could have made more of this, but Elliot's main motivation seems to be to bring farce back into fashion and, as we all know, that ship sailed long ago.

Adaptation of Noel Coward play is both too clever and not clever enough.

Enough perhaps for those in the mood for an upper crust costume romp amidst some pretty countryside.

Elliott has created a wonderfully rich battle for propriety in Easy Virtue. The humor might sting, but the pain is worth the pleasure.

Jessica Biel has great fun with the American adventuress, while Kristin Scott Thomas is truly scary as her nemesis and mother-in-law.

While its tone occasionally wavers and there are some wobbly performances, this has moments of true lightness, and a welcome sense of whimsy often missing in the costume genre.