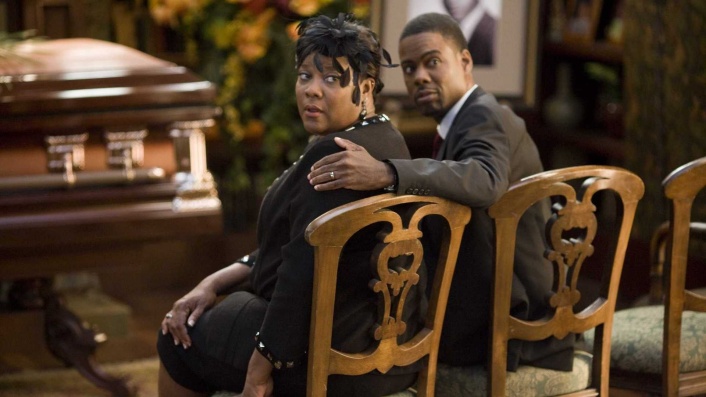 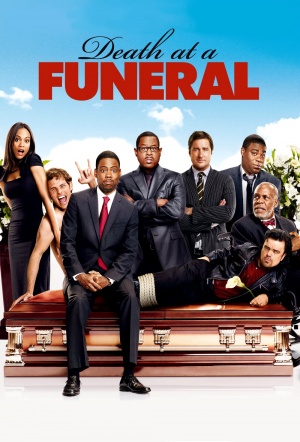 An American re-make the 2007 Brit comedy of the same name.

Daniel (Chris Rock) returns home after the death of his father and - as the most responsible member of a highly dysfunctional family - he’s busy trying to keep it all together. Things start badly when the wrong coffin arrives, get worse when his successful but reckless novelist brother (Martin Lawrence) tells him he can’t help pay for the funeral, and slide even further downhill when his cousin’s new boyfriend accidentally takes some hallucinogens. When a mysterious dwarf (Peter Dinklage, from the The Station Agent and the original Death at a Funeral) takes Daniel aside at the funeral to reveal a secret affair with his dead father, things really begin to plummet.

Rock acquits himself nicely as the responsible brother and resident straight man...

Oh, I know a lot of Death at a Funeral is in very bad taste. That's when I laughed the most.

The only death at this funeral was that of a good movie.

You can get away with almost anything in a farce except failing to be funny, and that's what kills Death at a Funeral.

It's because of a superior cast that this version of Death at a Funeral is the rare comedy remake that's funnier than the original, however slightly.

As tame as the tasteful parlor where most of its action takes place...

Be warned: this is a scene-for-scene retread.

A marginal improvement on the mangy 2007 British farce it's derived from...

I have to admit there are a few crassly funny moments...